The Castrum di Serravalle is located in a truly unique area from the point of view of landscape and available itineraries. From your privileged stay at the Castrum you can venture out to explore picturesque towns, pleasant villages, mountain walks, both on foot and by bicycle.

Your holidays and weekends will be unforgettable thanks to the various possibilities which offers the province of Treviso. The Treviso area is characterized in fact by a variety of landscapes, villages and cities in terms of architecture, art and landscape. 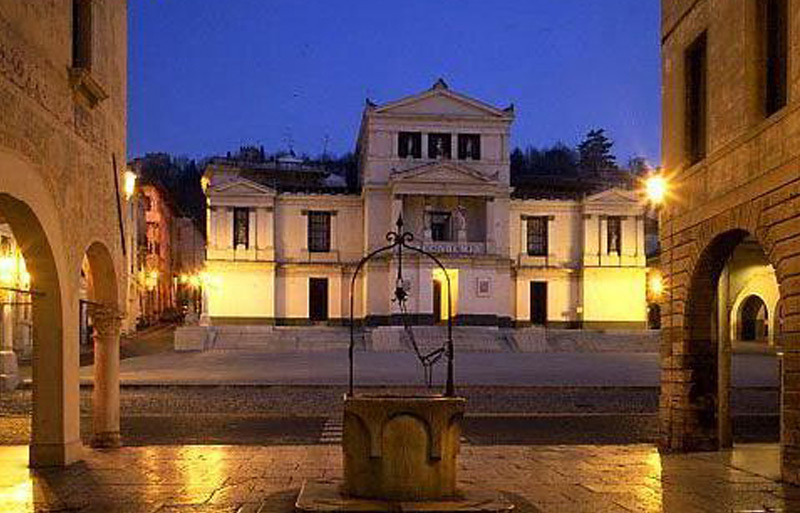 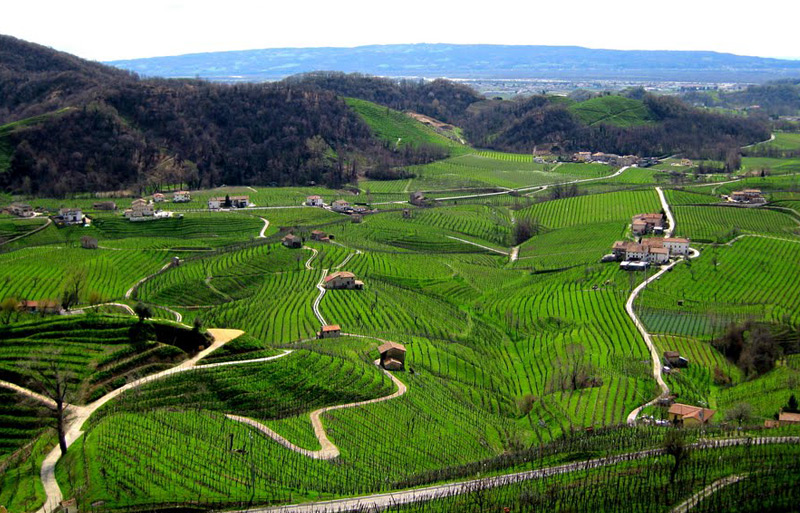 In addition to Vittorio Veneto and the two ancient centers of Serravalle and Ceneda, rich in historic buildings and beautiful churches, the surrounding area also offers the possibility of outdoor fun with hiking, trekking and bike riding.

Recommended a trip to nearby lakes: Lake Negrisiola, nestled in the green; Lake Restello which reflects the Roman watchtower going back to the first century B.C. and the Dead Lake, a place for fishermen and sports. Slightly more challenging the path leading to the summit of the Col Visentin that offers in clear days a panoramic view over the plain (accessible by car through a military road).
15 km away from the Castrum of Serravalle, there is the lovely town of Conegliano. Of pre-Roman origins, the oldest preserved part is the medieval fortress perched on top of the hill overlooking the town.

From here the road goes up for 47 km to Valdobbiadene winding its way through the famous vineyards of the Prosecco area. This route is well known for the beauty of the countryside and villages, such as San Pietro di Feletto. The parish church of San Pietro dates back to the twelfth century although with alterations of the '600 and ‘700. A peculiar characteristic is the decoration of Romanesque-Byzantine frescoes, both inside and outside the building. 15 km away from the Castrum towards west lies the small town of Follina that owes its identity to the community of Cistercian monks who settled there in the twelfth century. Focus is on he Abbey of Santa Maria founded by the Benedictines, then passed to the Cistercians and Camaldolese which was restored starting from 1915. Along the way in Cison di Valmarino up on the hill is the Castello Brandolini which became the residence of the Da Camino between 1233 and 1335 and now has been turned into a hotel. The pretty village of Cison and its castle, main center of the territories of the Counts Brandolini, is characterized by elegant buildings among which the late Baroque parish church. 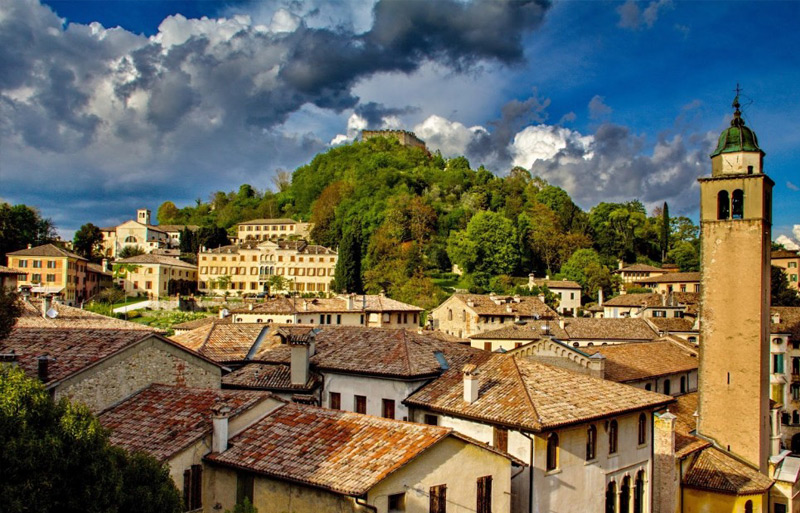 Another spectacular itinerary is the road that from the valley of Cison goes up to the pass of San Boldo towards Belluno and Feltre, . It was built by the Austrians using the Italian prisoners during the occupation of 1917-18 in the First World War.

From the cente of Vittorio Veneto taking the road 422 you reach Fregona, famous for the production of sweet wine Torchiato di Fregona. Nearby are the Grotte del Calieron, evocative cave, partly natural and partly expanded by being used as a quarry with a path of wooden bridges going down to the bottom of the abyss.

Do not miss a trip to the forest of Cansiglio, surviving testimony of what was in the sixteenth century the "foresta da reme", timber reserve for the building of the powerful Venetian fleet. The entire area, now protected, is open to hikers.
It is also possible to explore other architectural gems of our region, such as Treviso and Venice.
Both are easily reachable by car along the A27 motorway or by train in a short time (20 minutes to reach Treviso, less than an hour to Venice).
Another key destination are the Dolomites, a World Heritage Site.
Cortina d'Ampezzo is only about an hour and a quarter from the Castrum.