The Castello di Serravalle or Castrum (including its elegant bed & breakfast) is linked to the ancient history of the town of Serravalle. Today the medieval castle and borough are incorporated into the municipality of Vittorio Veneto (Treviso province) and are a unique urban gem, one of the treasures of the Veneto region.

In the past Serravalle was one of the most important communes of the Serenissima Republic of Venice. It was a vital defence point in the route connecting the Venetian hinterland with northern European regions and a bustling centre of commerce and industry (including, but not limited to, wool, swords, bell founding). The Castrum with its wide expanse encircled by walls has always been the nucleus around which the village developed throughout the centuries.

The town of Serravalle, located in the middle of two mountains, has very ancient origins that for some scholars would be traced back even to a Roman fort on the road connecting Opitergium (now Oderzo) with Noricum and Styria. Unfortunately the testimonies of the Roman origin are too few.

Legend has it that a nomad dignitary called Goto, built a castle on Mount Marcantone and a tower to the east (the Turris Nigra) where he had his daughter Augusta tortured to death after he discovered she had become a Christian. It is hard to imagine that castle and tower were built in that period since the nomadic warriors did not have special building skills and also because the cult of St. Augusta took root here only in the modern age so it is unlikely that the saint died in Serravalle in the fifth century.

Between the X and XI century Venice, with the opening of trade routes with the East triggered a lively dynamism in economy and politics in the whole area. Both in Ceneda and in Serravalle business and commerce returns to grow: new villages are born with houses and warehouses for merchants.
The medieval town developed between the twelfth and the thirteenth century. During that period the village was involved in the fierce power struggles between the Communes and the noble families. The fate of the Castrum was tied to the Da Camino family, one of the most powerful families of the Treviso area.
The early part of the thirteenth century marked the beginning of a period of great prosperity and wealth for Serravalle. The Da Caminos were in fact great promoters of commerce and urban development. As of 1337 extensive alterations were made to the Castrum. The work was carried out by the Venetians, to whom the Bishop had ceded Serravalle in order to guarantee its defence.
Since then, and for almost five centuries, the Castle was the seat of the Podestà of the Republic of Venice. Under the Republic of Venice the village and its castle became one of the most important centres of art, commerce, and industry (sword making being one the many) in the Veneto region with alternating vicissitudes until the end of the eighteenth century. 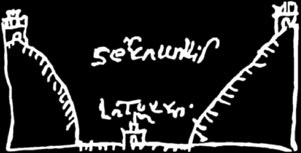